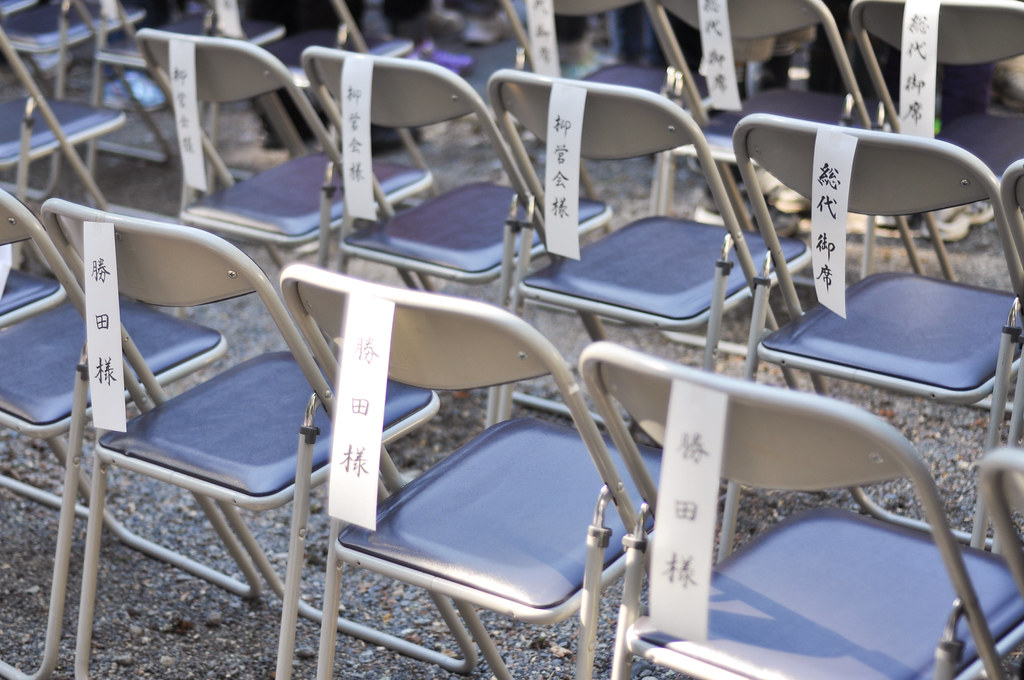 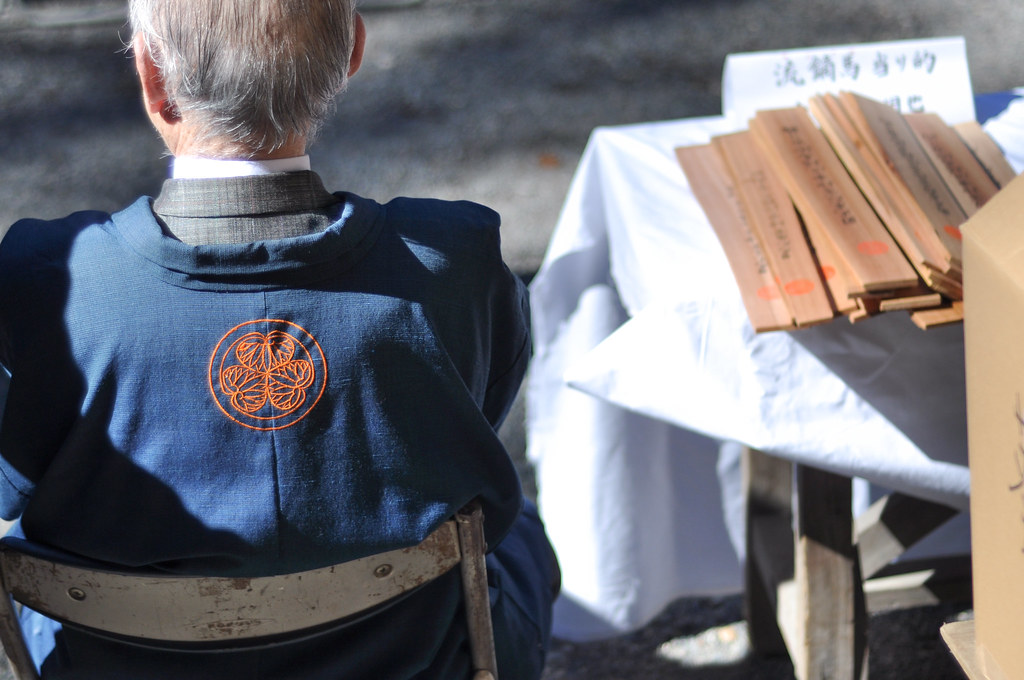 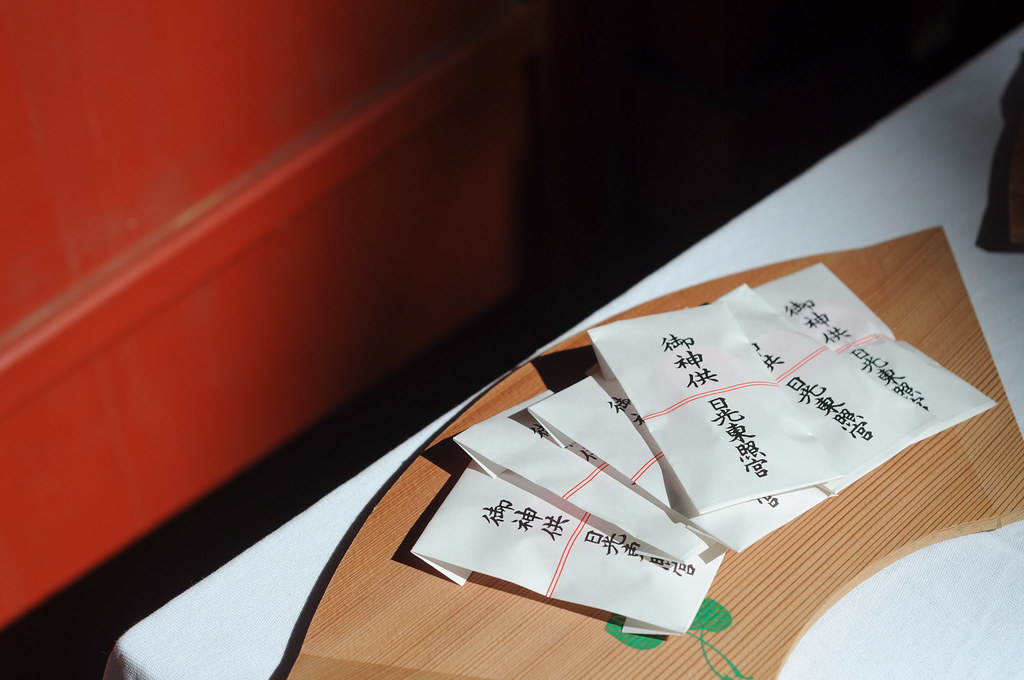 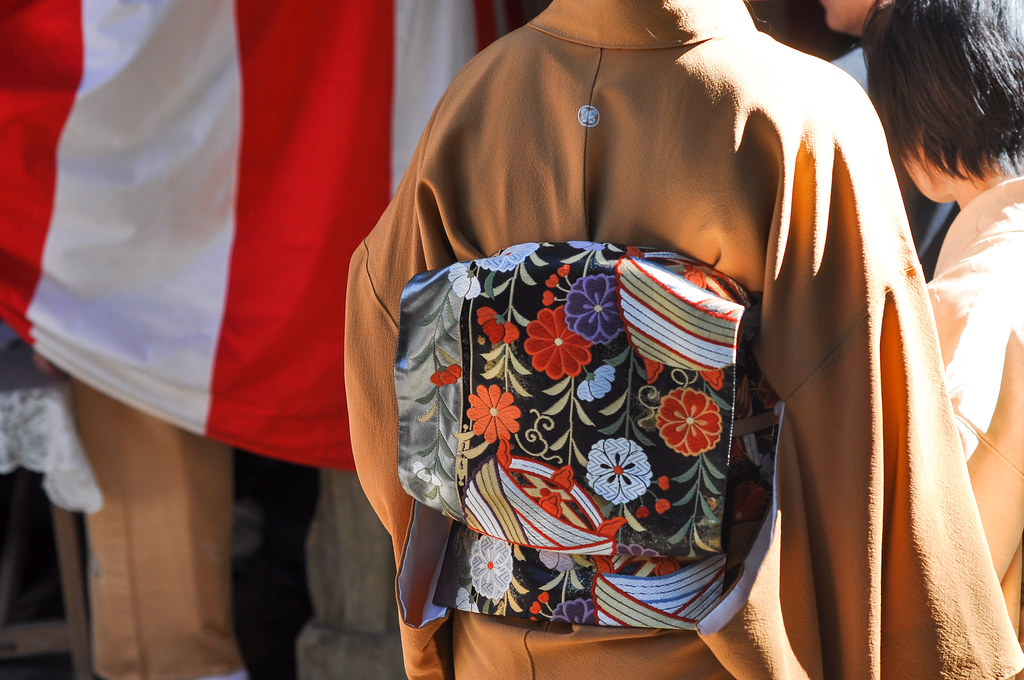 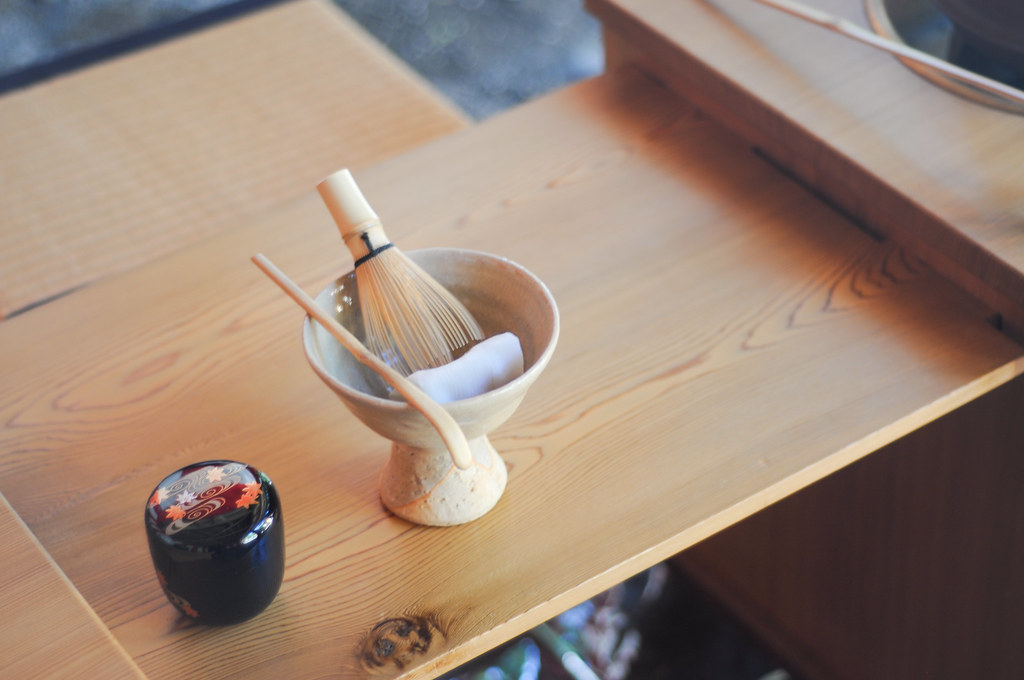 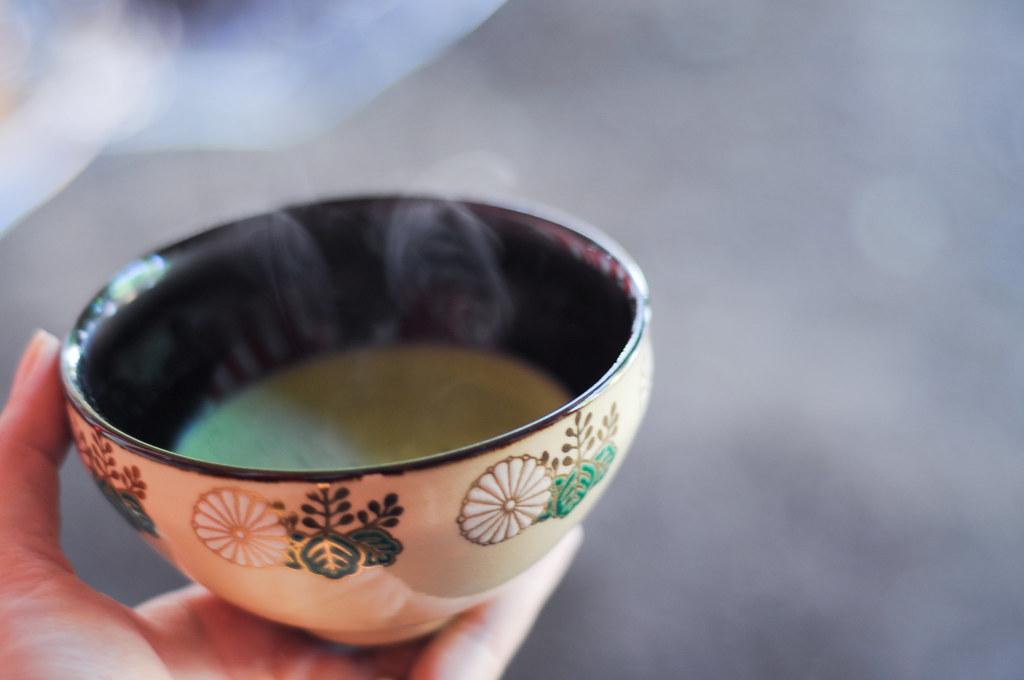 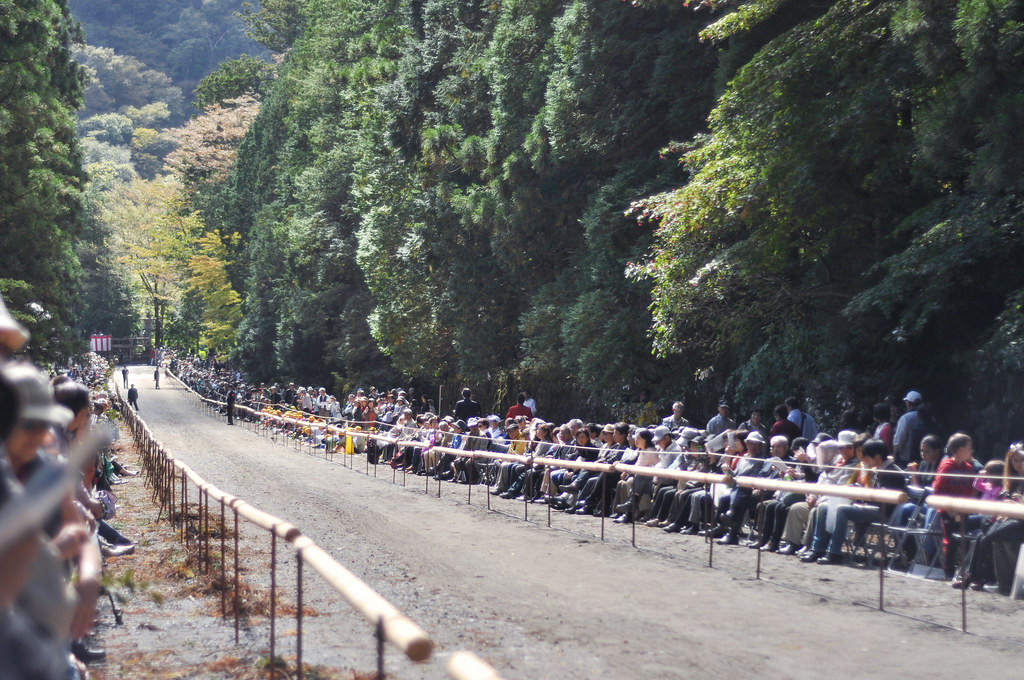 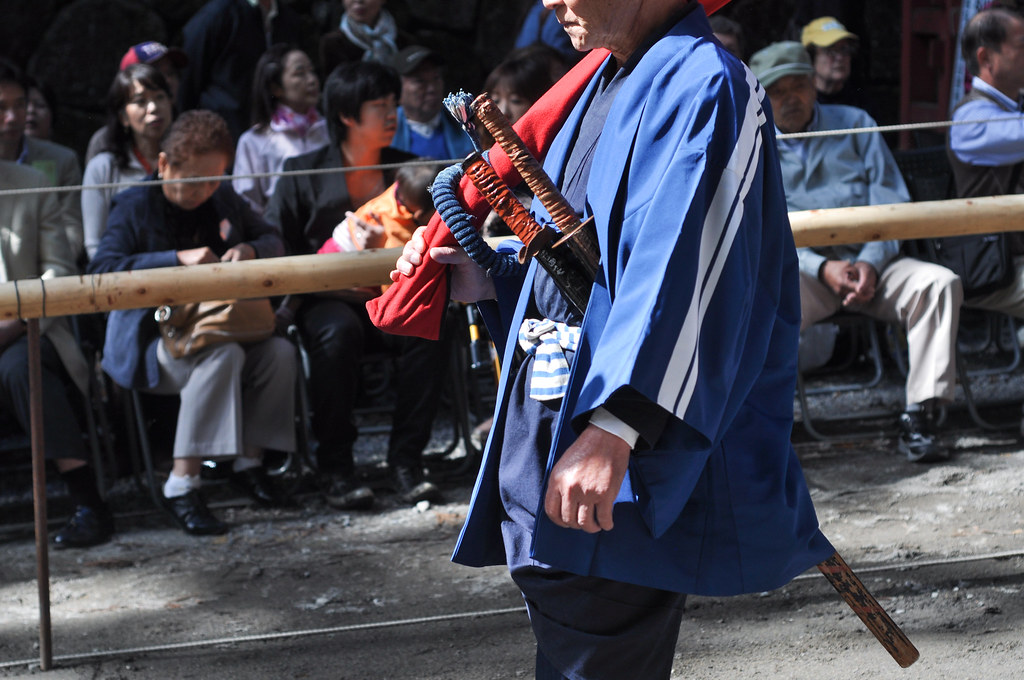 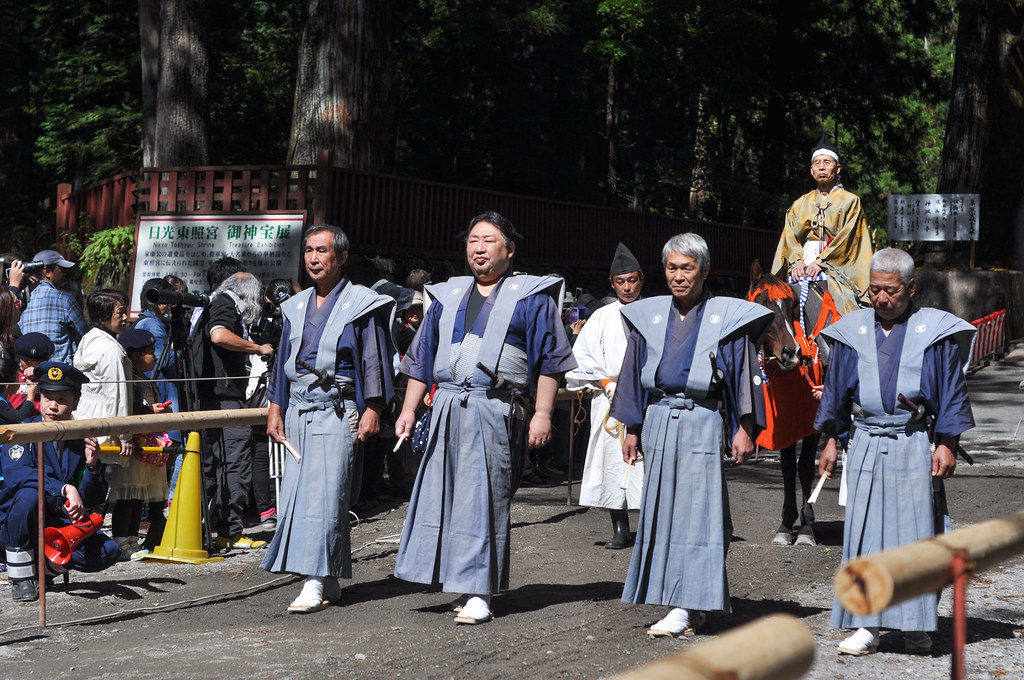 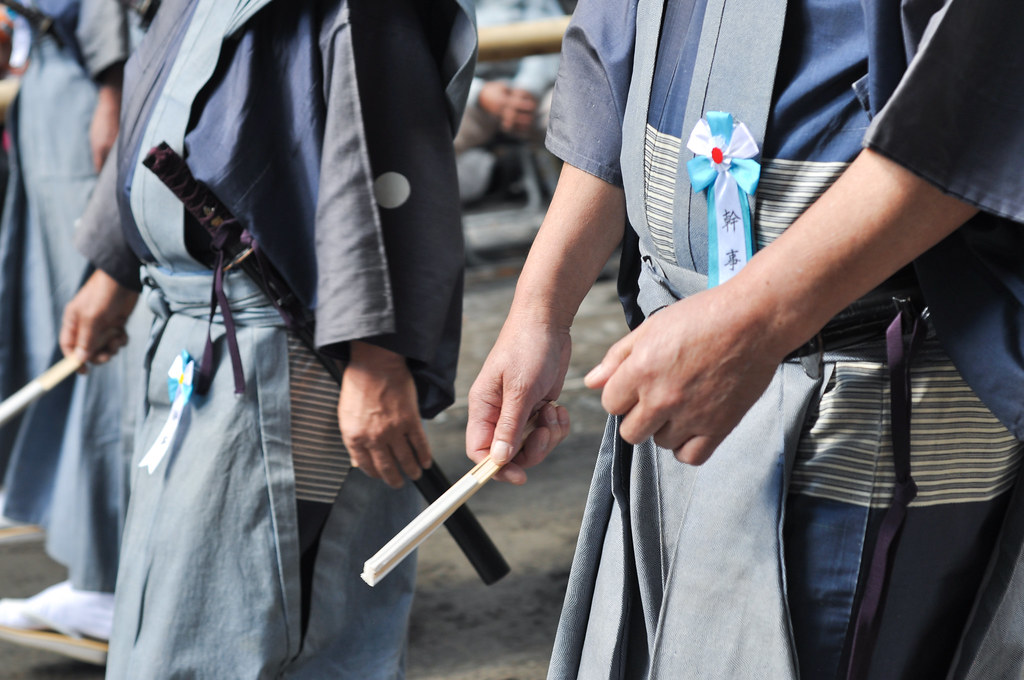 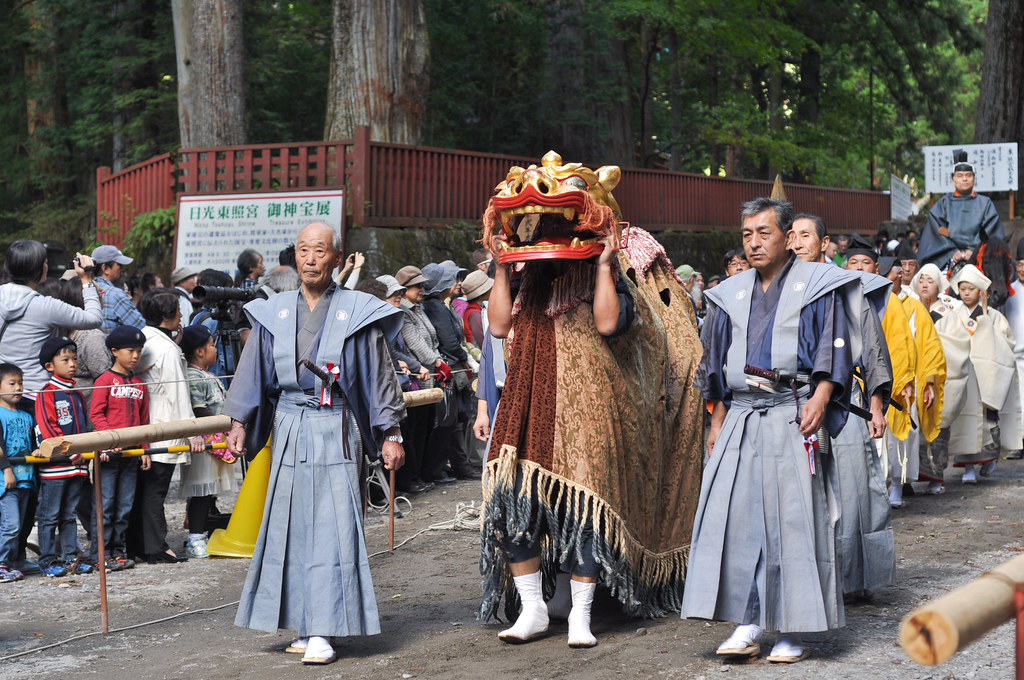 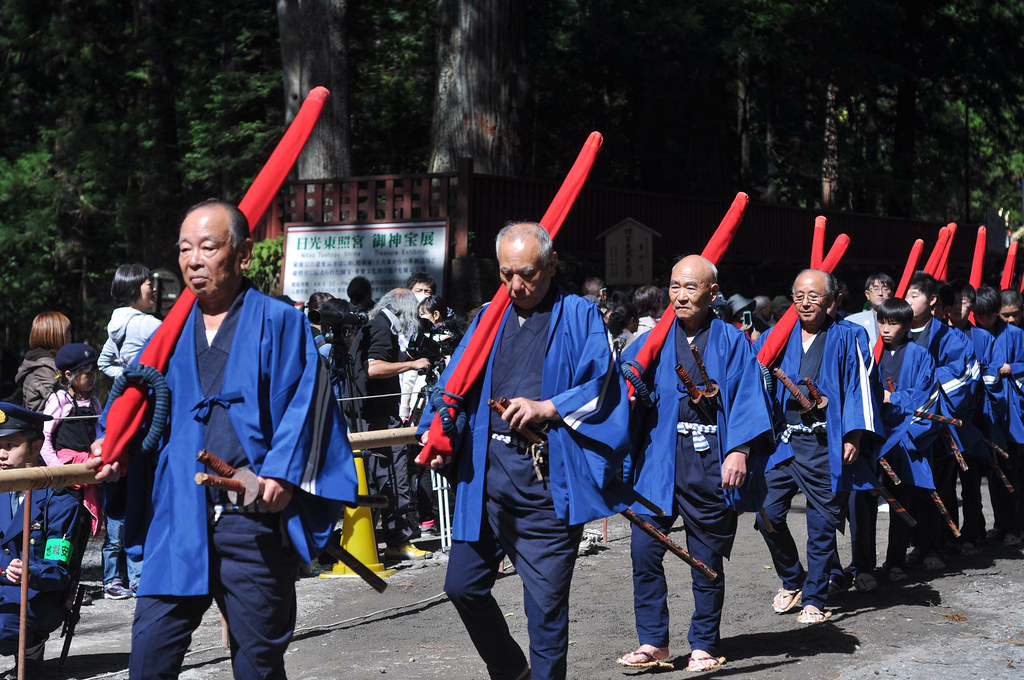 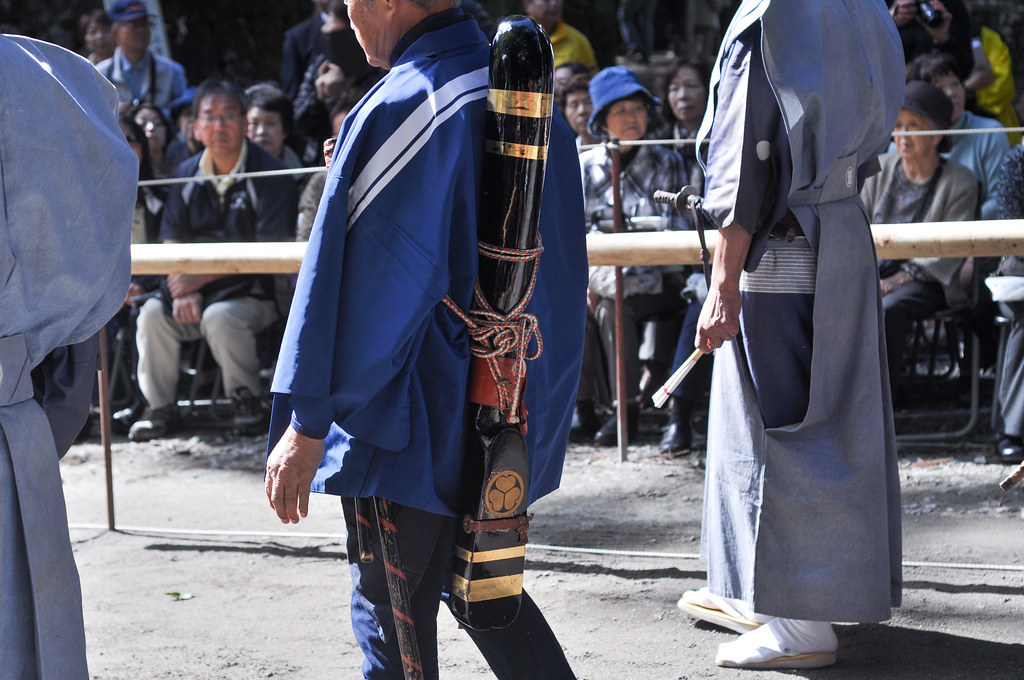 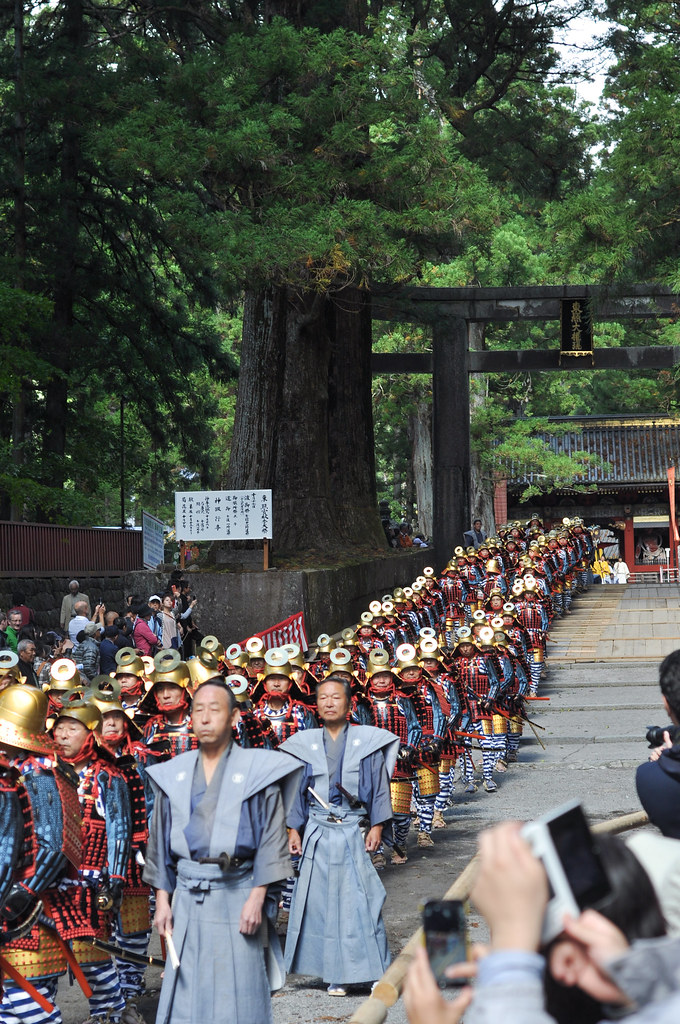 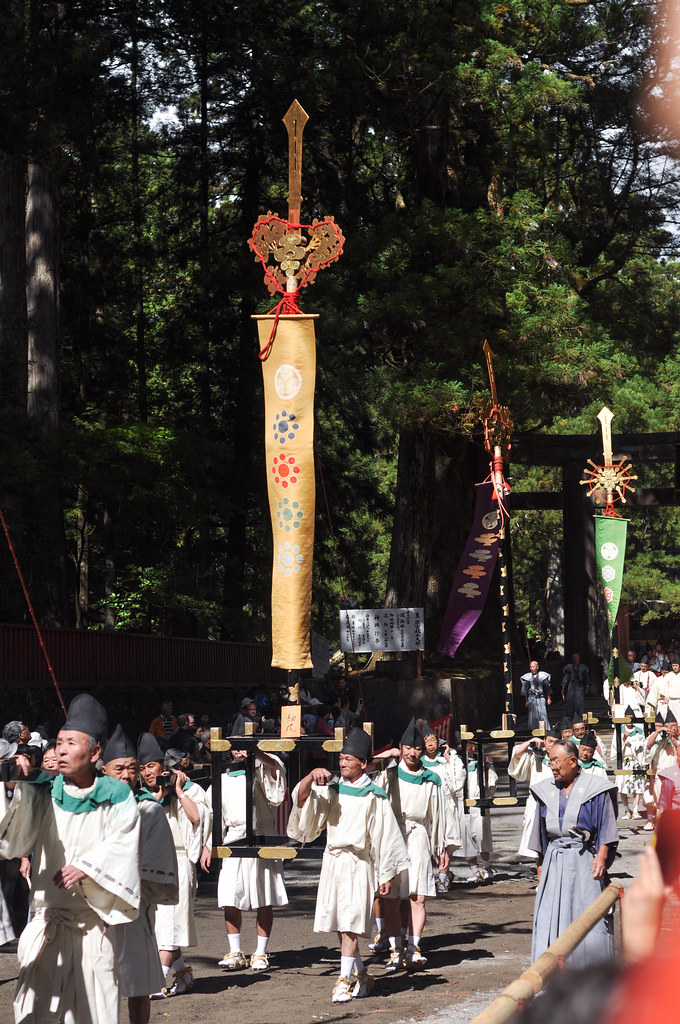 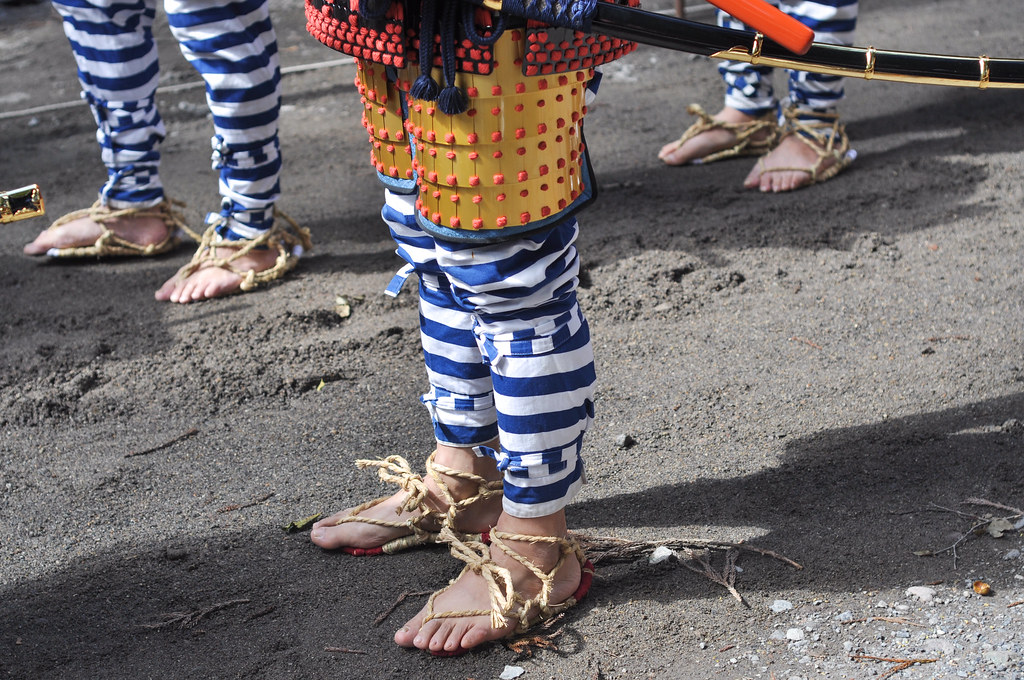 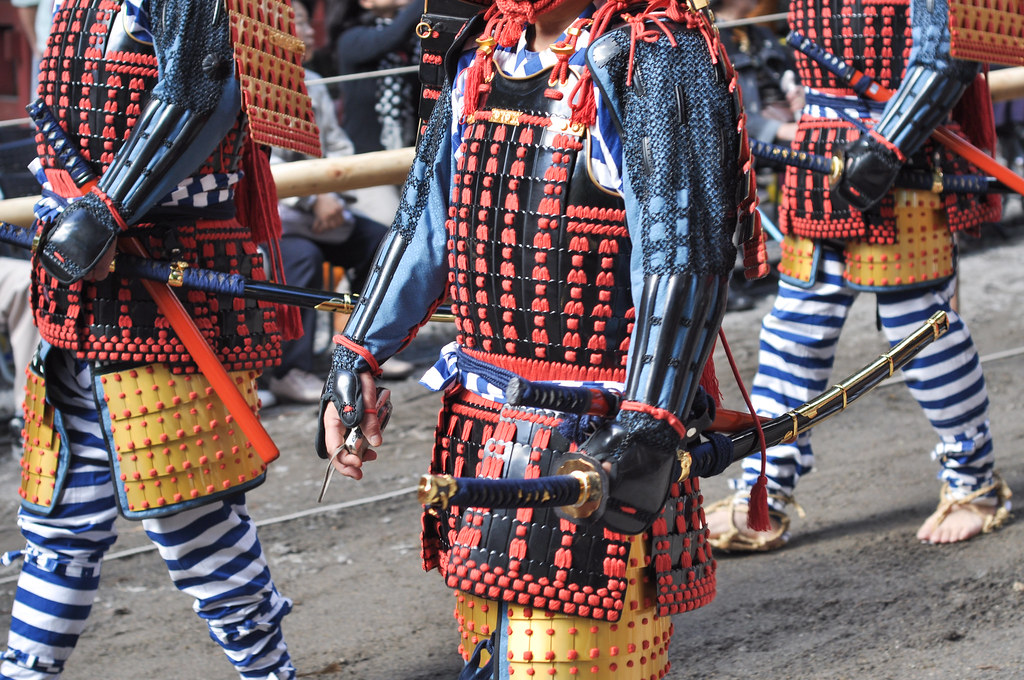 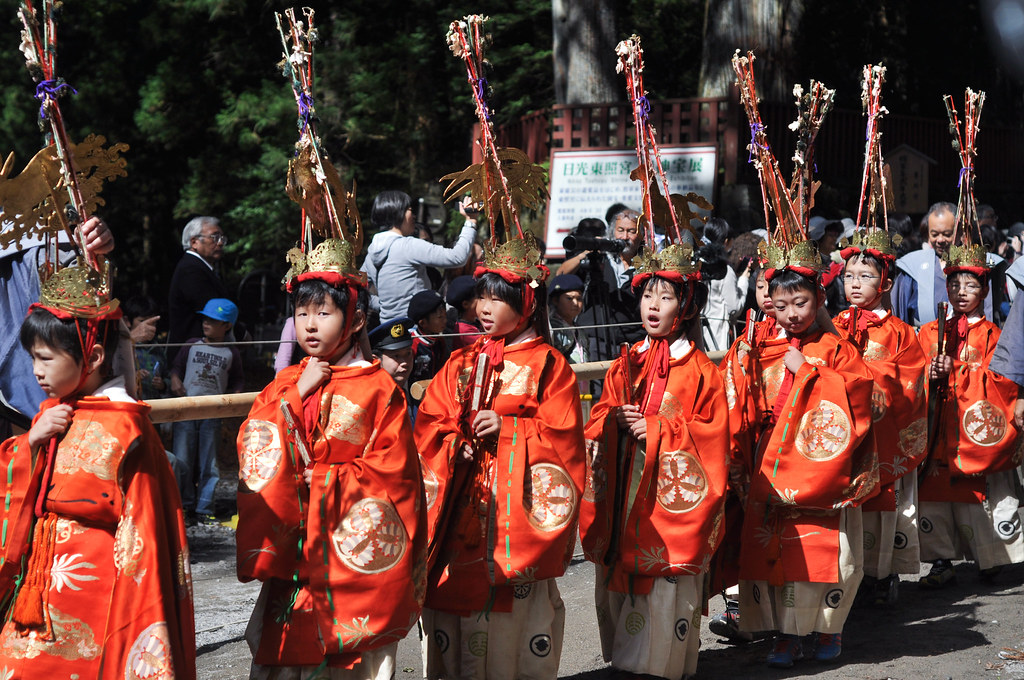 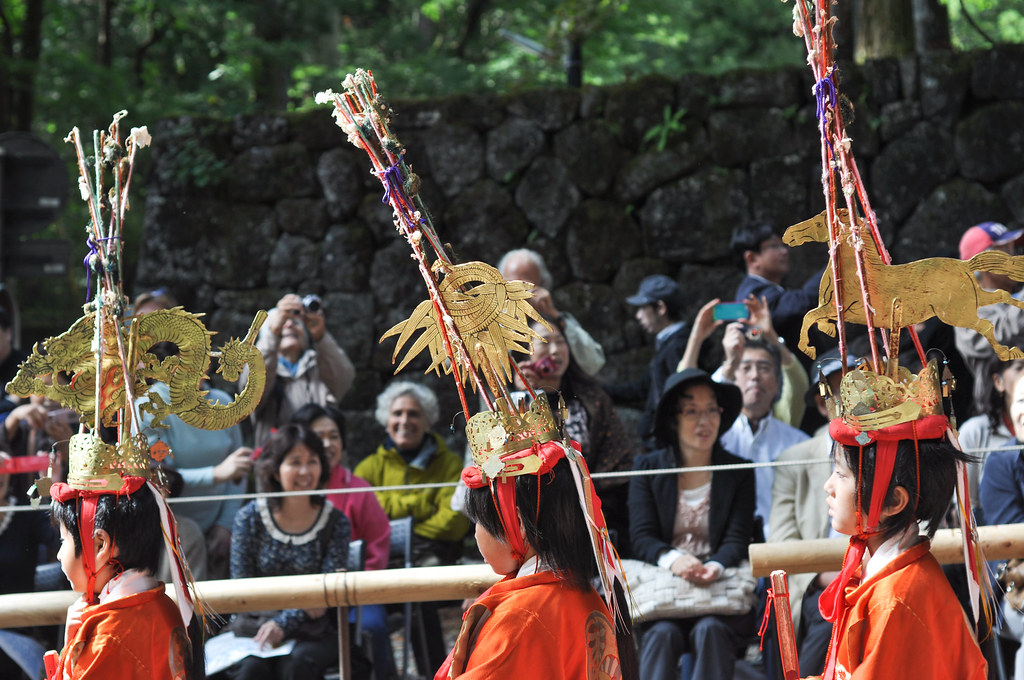 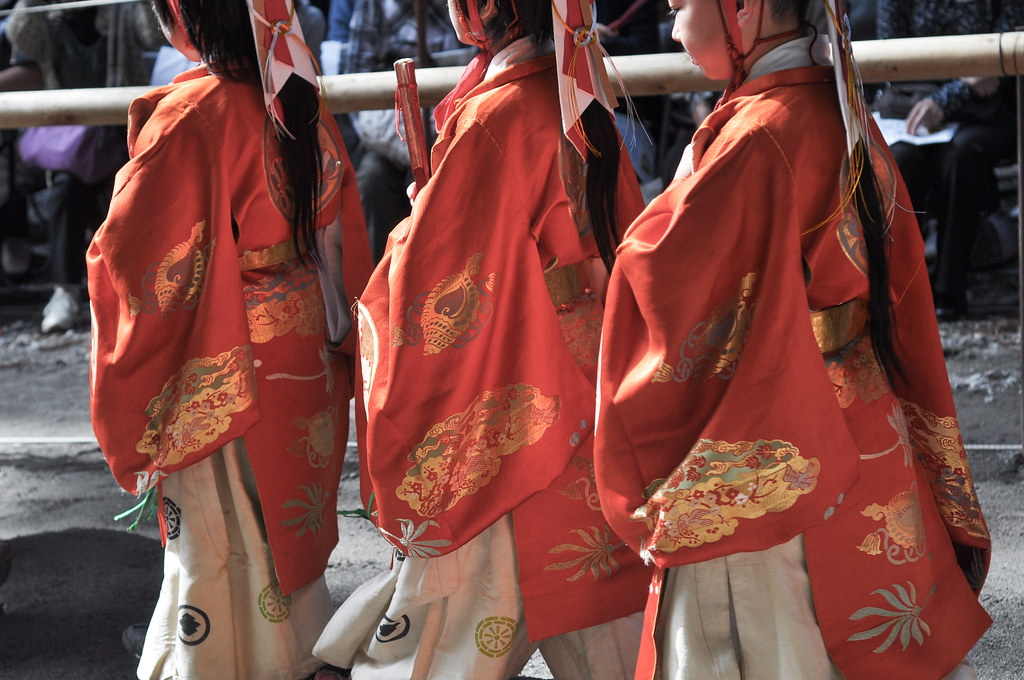 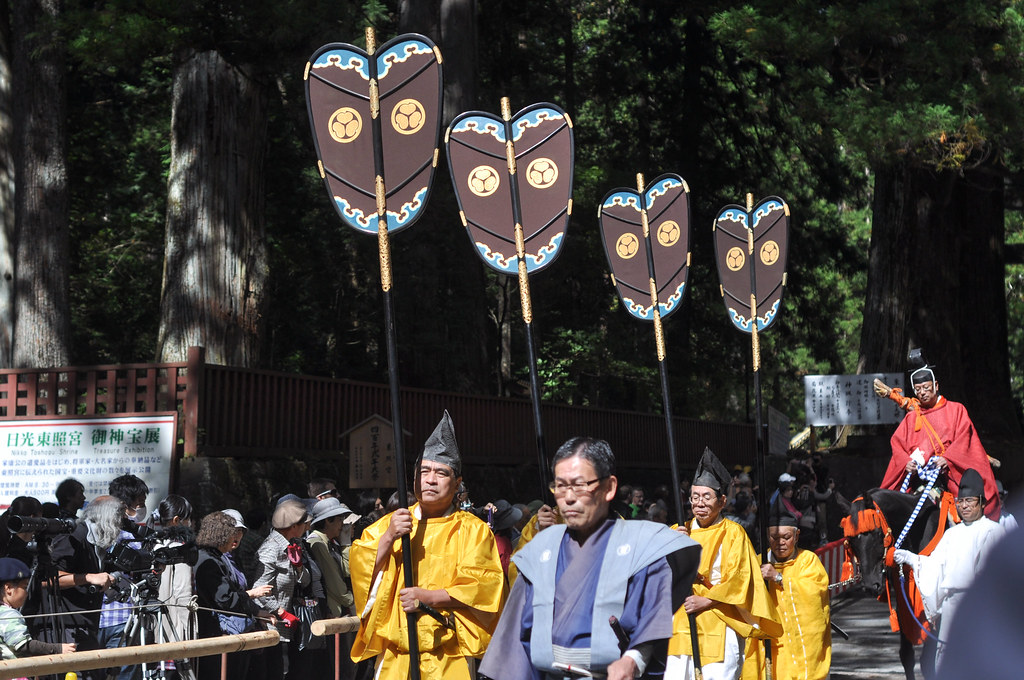 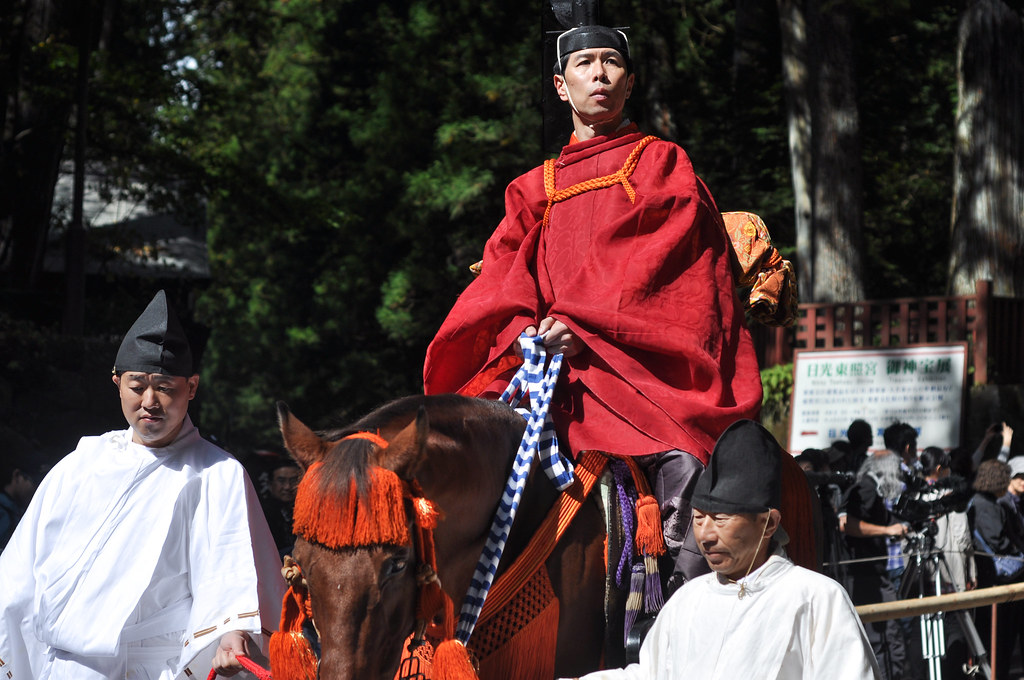 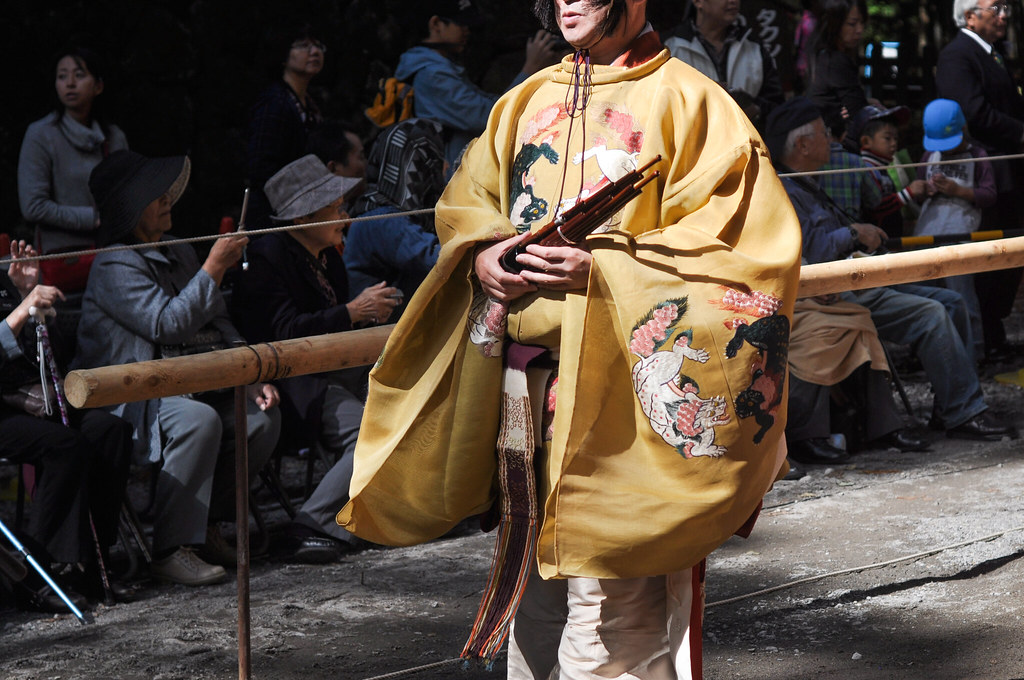 Also known as the grand procession of 1,000 samurai warriors, the Hyakumono-Zoroe Sennin Gyoretsu 百物揃千人武者行列 is a re-enactment of the great shogun Ieyasu Tokugawa grave relocation from Mt. Kuno in Shizuoka Perfecture to Nikko at his will. This traditional festival is being held bi-annually; Shunki Reitaisai 春季例大祭, the Grand Spring Festival on May 17th-18th, and Shuki Taisai 秋季大祭, the Grand Autumn Festival on Oct 16th-17th. Both festivals are being held at Tōshōgū Shrine 東照宮, Nikko, which is registered as a World Heritage Site. It is dedicated to Tokugawa Ieyasu (1542-1616), the founder of Tokugawa Shogunate during Edo period and also known as the great unifier of Japan.

This Autumn procession consisting of one mikoshi (portable shrine) and a train of about 800 people, is slightly smaller in scale than of the Spring procession. Led by the portable shrine, the samurai procession, made up of cavalry, warriors carrying guns and others with spears, archers with bows and arrows. They depart from Futarasan-jinja Shrine of Sannai, Nikko and head for Otabisho, a temporary resting place for the portable shrine located 1km away.

We headed to Tōshōgū Shrine before the procession where we had a bowl of hot Matcha and dry Japanese confectionery (in an envelope) served by ladies in Kimono. A donation of 100 yen (stated on top of donation box) is recommended.

To view the procession, tourists have to line along the parade route called Omotesando (表参道), which is the main approach to Tōshōgu shrine. It is advisable to reach there early to grab a spot at the front row as the crowd may line up to 4-5 rows. The sitting rows on the opposite however, were up for purchase.

For other festivals held in Nikko, check out Nikko official website for event calendar.